Due to certain difficulties faced bt the tax payer in the ACES site for online filing of returns, Central Government has been extended the due date of filing Service Tax Return ST-3 for the period October, 2015 - March, 2016 from 25th April, 2016 to 29th April, 2016 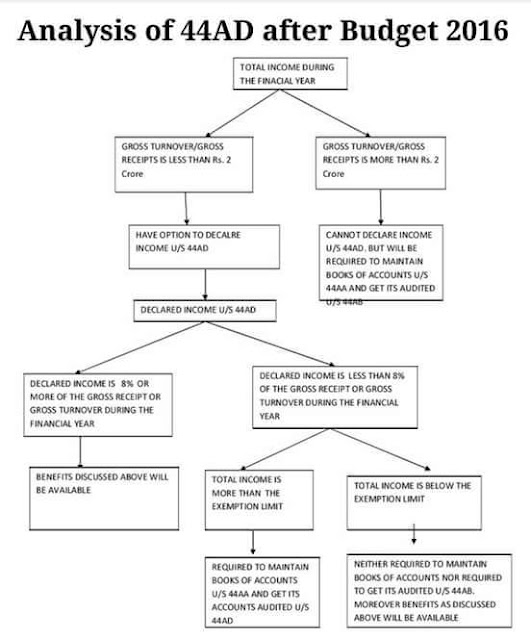 Solution: Rules 7 of Point of Taxation Rules, 2011 - Determination of point of taxation in case of specified services or persons:

Notwithstanding anything contained in these rules, the point of taxation in respect of the persons required to pay tax as recipients of service under the rules made in this regard in respect of services notified under sub-section (2) of section 68 of the Act, shall be the date on which payment is made:

Provided that, where the payment is not made within a period of six months of the date of invoice, the point of taxation shall be determined as if this rule does not exist

Provided further that in case of “associated enterprises”, where the person providing the service is located outside India, the point of taxation shall be the date of debit in the books of account of the person receiving the service or date of making the payment whichever is earlier

WOMEN CAN BE KARTA OF HUF

Question: Whether woman can be Karta of HUF HUKDFN???

There was no such reason for this question ever before why woman were deprived from being Karta of HUF. But as per recent judgment of Delhi High Court in case of Mrs. Sujata Sharma (Plantiff) vs Shri Manu Gupta (Defendant) dated 22.12.2015, woman can be a Karta of HUF.

Facts of the Case: The eldest daughter of the HUF family filed the suit against the cousin brother claiming her right to be Karta of HUF after the passing of her father and three uncles. The learned counsel of for the plaintiff further argued that when woman are equal in all respects in modern life as per 174th report of the Law Commission of India so, why they should be deprived from such right and privilege of managing HUF as their Karta. On the other hand Section 6 of Hindu Succession Act does not curtails the right of woman to be Karta of HUF.

Decision: The court finds no restriction in the law preventing the eldest female co - parcener of an HUF, from being Karta of HUF.